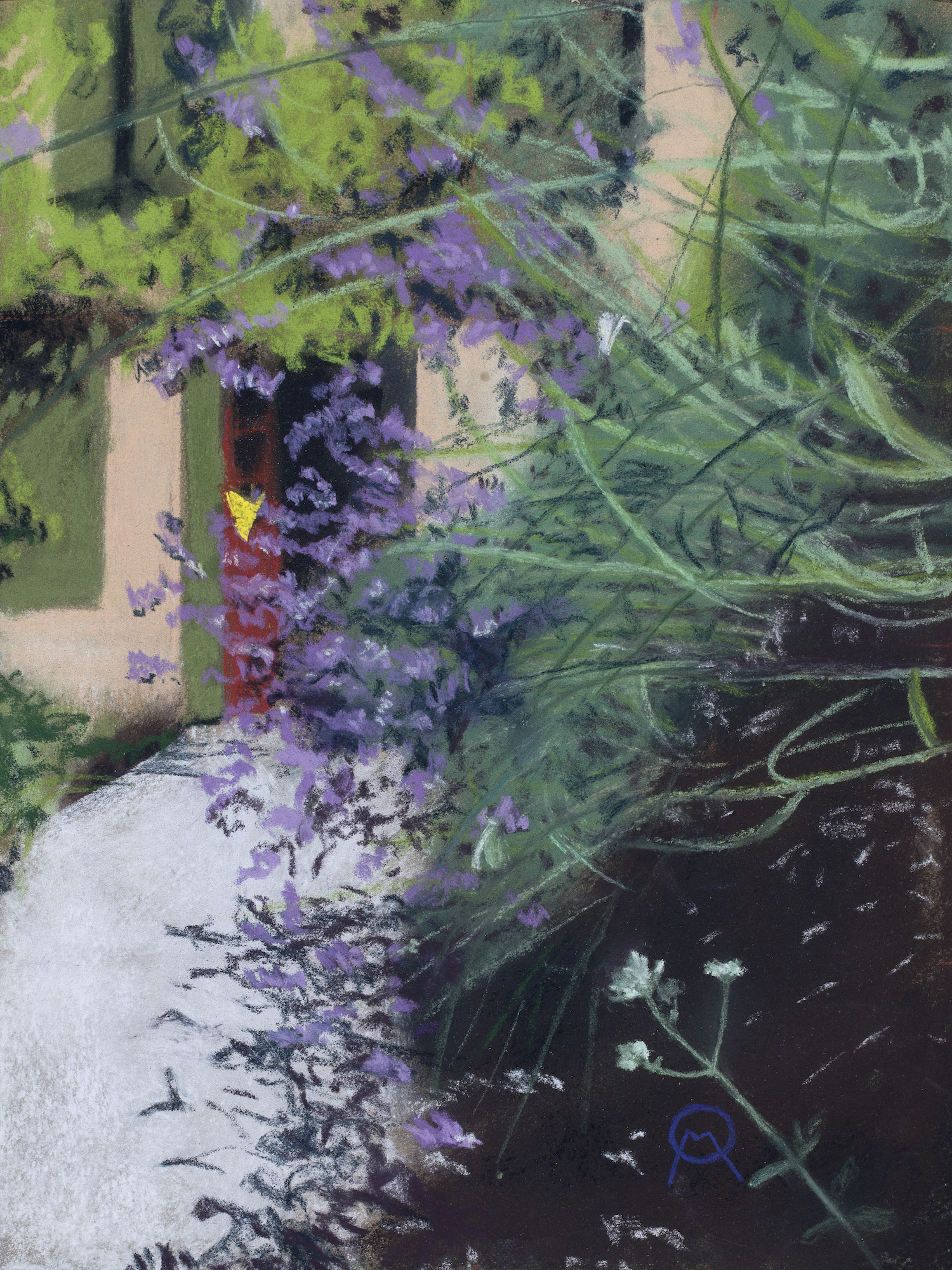 Tap the image and it will open in a lightbox

Marc’s beautiful second wife left him abruptly just after the New Year. She ran off with someone in the Carcassonne Municipal Police.

Marc was blindsided; he had no idea it was coming.

He wanted to die. I don’t recall much he told me, but I do remember he said he lay on the sofa eating and drinking nothing. At their insistence, he ate a midday meal at his aged parents’ place…and only that.

That continued for months. When I got to St Pierre in May we had him and his son Julien to dinner.
Marc was a ghost of his former self. Dark and deflated, he was gravely hurt. He was able to get out.

(Marc found St Pierre for us, but that’s another story.)

It was late July when I saw Marc again. He came with our friend Egbert, and he told me that some weeks before he noticed that butterflies were attracted to him. They accompanied him all day—even landing on him and resting. Dozens lingered around the chair he sat in whenever he lunched at his folks’—even after he left.

It was unnerving. He changed everything he could that might be attracting them: shampoo, laundry soap, hair goo, cologne, even toothpaste! Butterflies.

He accepted that he was helpless. But “why?” he wanted to know. “Why butterflies? Why me?”

As we had eaten and talked under the chestnut tree, the sun had gone behind the mountain. I looked at Marc, and there were maybe 5 or 6 night moths hovering around him in the dusky light.

I was dumbfounded. The story was true.

Then Egbert spoke up: “They arrived the same day you told me you thought you would live.”

Going into his darkness wholly, he had emerged accompanied by butterflies!

Free Shipping in the United States on all orders! Dismiss